President
Brother Brian Larsen started working with the School of Christ in 1999. He clearly remembers the day that he sat at breakfast with Brother B.H. Clendennen in the country of Jordan.(Click to see full bio) Expand

God confirmed the call He had placed on his life in 1995 to become a full-time missionary with the School of Christ. Brother Brian, a 1997 SOC graduate, has served as Director/Supervisor of South America, Angola-Africa, and Japan for the last 22 years. In 2017, he also accepted and has served as Vice President till July 2022. He holds Ordination Credentials through Bethel Pentecostal Fellowship, Patterson, Louisiana where Brother Marty Harden is Pastor. Brother Brian also holds Pastoral Credentials through the Brazilian Assemblies of God. He is a Chaplain with Capellan Misionero (an International Chaplains Ministry in the province of Misiones, Argentina). He also serves on the Board as an advisor of the AMADA Asia Missions Ministry (which is a Ministers Missions Association for the continent of Asia). It is an honor and a role of great responsibility to assume the position of President of the School of Christ International. It is Brother Brian’s prayer and desire that God gives wisdom and guidance for this great ministry that is full of a great heritage and history and has great potential in moving forward for the building of God’s Kingdom. Vice President
Robin St. Clair is the Pastor at Pottsville Assembly of God in Pottsville, AR. Robin graduated from the SOC in 2003 and served on the staff at Victory Temple in Beaumont, TX from 2005-2011. Robin has also traveled and ministered for the SOC in conventions and different meetings across America and in Europe since 2011. He has served on the Board of Directors since 2019 and he has accepted the position of Vice President of the Governing Board. Secretary/Treasurer
Brenda is the wife of Robert Turnage, Pastor Emeritus of Victory Temple and former SOC President, and the daughter of Bertram and Janice Clendennen. She came to work for Victory Temple and the Voice of Victory in 1975. Brenda, a 1999 SOC graduate, became the Administrator of SOC in 2003 when the name formally changed to the School of Christ International. She has served as Secretary/Treasurer on the Governing Board since the beginning.

Honorary Board Member
Donal Chance is the pastor of Bible Tabernacle Church in Bridge City, LA and president of the Bayou Land Missions in Bridge City, LA. He has worked with the School of Christ since 1996 as Director of Venezuela. Pastor Chance was the first director from the School of Christ to go into Columbia. He has pioneered many mission works and churches among the Venezuelans, Columbians, and Wayuu Indians. He is over the full-time School of Christ in Valencia, where students from all over Venezuela and Columbia are brought to be trained. He also has a ministry in Angola Prison. Daren Downs is a full-time missionary that began working in the foreign field in 1993 when he made his first trip to Russia to sponsor a former student of the School of Christ in Moscow. Currently, he is overseeing work in Thailand with David Jacobson. Daren also assists the School of Christ in going wherever he is needed. He is the missions’ director for his home church, Living Waters in Chino, California. Joel Pledge is the Pastor of Cross Roads Assembly of God in Three Way, TN. Joel traveled to Russia with the School of Christ in 1995 as the Director of the Kaliningrad Region of Russia. During the next five years he participated in Schools across Russia and the Republic of Georgia. In the fall of 1998 Bro. Clendennen asked Joel to be the Director of East Asia School of Christ, and since that time he has traveled extensively throughout China, Mongolia, and Russia. Dr. Marion Dodson, after retiring from his practice as an Ear, Nose, and Throat doctor, moved to Honduras to do humanitarian work. He was introduced to Pastor Clendennen and the School of Christ in 2005, and became Director over Honduras. The work has grown into the surrounding countries of El Salvador, Columbia, Nicaragua, Cuba, Guatemala, Panama, Bolivia, and Venezuela.

Ken Geisendorfer is the Pastor of the Open Arms Ministry in Quincy, IL. He has worked with the School of Christ since 2001. He had the privilege of traveling with Bro. Clendennen to Armenia, Iraq, Cambodia and Vietnam. Ken is now the Director over Vietnam, Cambodia, Laos, Myanmar (Burma), and Korea.

Richard Goebel has been supporting the School of Christ since 1996 and working with the School in Ethiopia since 2006. He became Director over Ethiopia in 2010. He also travels and works wherever he is needed in Mexico, Haiti, Dominican Republic, Columbia, Guatemala, Ecuador, Venezuela, Cuba, Panama, Costa Rica, Bolivia, and other areas of the School of Christ. He works very closely with Dr. Dodson in Honduras and Nicaragua. 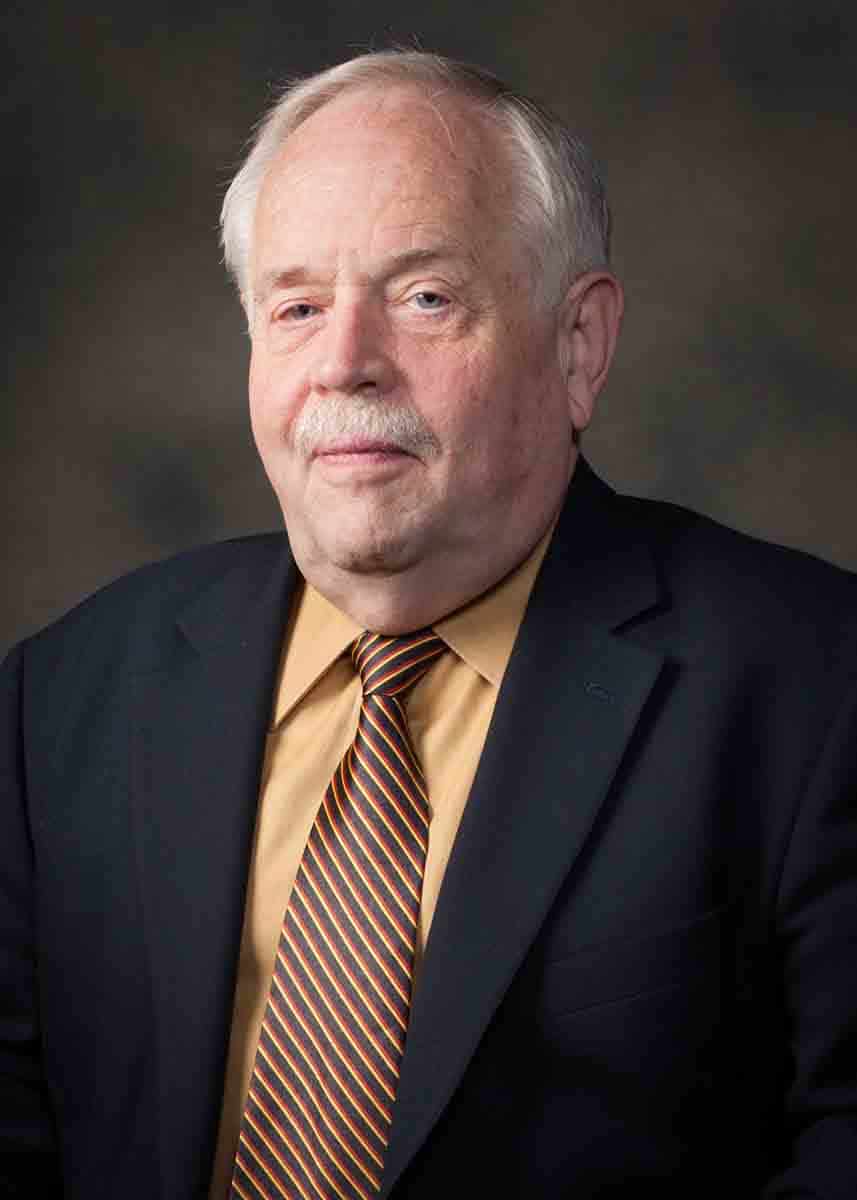 David Jacobson began working with the School of Christ in June of 2000 when God sent Bro. Clendennen to Mae Sot, Thailand, to the church that he had pioneered. “I knew that I had finally found the truth of the Word of God.” Brother Jacobson began working in the Refugee Camps among the Karen people who had fled Burma and he is working among the Karen people that have immigrated to the United States.

Since 2001, Keith Malcomson has been working with the School of Christ alongside B. H. Clendennen in Ireland, Britain, and Europe, seeking to raise up a voice once again to call this prodigal continent back to God. He has been involved in organizing conventions in different countries as well as traveling to preach and teach. Keith is Director over England, Germany, Holland, Ireland, Scotland, Sweden, and Wales. Curtis McGehee has been the Senior Pastor at Abiding Life Church in Whitney, Texas for 30 years. Pastor McGehee began a ministry of missionary/evangelism in 1992, starting in Moscow, Russia with the School of Christ International. He has also ministered around the world working with the School of Christ in such places as Armenia, Africa, Asia, China, Vietnam, Europe, the Middle East, the Fiji Islands, South and Central America, and Israel. He is now the Director over Israel. Stephen McKay went through the School of Christ in 2004, and it was there that God began to speak to his heart about missions. Papua New Guinea, a small island nation in the South Pacific, has been the main country where he has worked with the School of Christ as director. He also travels to run Schools and conferences in other areas of the world where ever he is needed.

Pete Spackman is the Director of the School of Christ International Prison Ministries in North and South America, and Russia. “Pastor Clendennen called me in late 1992 and asked me to pray about the possibility of going to work with him in the prisons of Russia. In 2001 I started working with the prisons in the United States.” The Pete Spackman Volunteer of the Year Award was instituted in 2009 by CCA’s Inmate Programs department, with the inaugural honor bestowed to its namesake. He is over the School of Christ operations in all of the CCA owned prisons, jails, and detention centers.

Aubry Tyler is the pastor of the Full Gospel Church in Center Point, LA, and began working with the School of Christ in 1995. He started by planting churches with SOC graduates, holding crusades, and overseeing graduations. In 2005 he opened schools in Trinidad and Tobago. The work grew and spread into the surrounding countries where the work is continuing. He continues to oversee the work in Guyana, French Guiana, Grenada, St. Vincent, Greece, Suriname, Trinidad, Antigua, Dominica and Aruba. Pastor Emmett Gagnard was born and raised as a young Frenchman in Louisiana. Vickie and Emmett were married in 1981. They began their Christian life, both giving their hearts to the Lord Jesus in July of 1982. (Click to see full bio) Expand

They were dramatically delivered from a life of drugs, alcohol, and sin. Feeling a call to preach, the couple left Louisiana to attend Bible College in Colorado Springs, Colorado in July 1983. They began pastoring in 1987 in Atoka, Ok. After many years of pastoring various churches and traveling as an evangelist, Pastor Gagnard felt the call to start a new work, the Heart Dream Fellowship in Marshall, Texas. Pastor Emmett felt the call in 2009 to provide an aftercare program that would not only meet the physical needs of men coming from prison but also an environment and commitment to those with a desire to change. A program to mentor and disciple men who would eventually go back to the prison as a witness to God's love, hope, and transforming power, thus Brother’s Keeper Prison Ministry was formed. Brother's Keeper Prison Ministry home for men is on the TDCJ Alternate Approved Housing list and is a 2-year discipleship program teaching and providing services to produce men who will be productive in our society. We encourage and strive to direct men back to the prison system to mentor, teach and encourage inmates as a way of giving back to the community. In 2013 Pastor Emmett received the Governor's award for his volunteer work in the Prisons and the Brother's Keeper aftercare home. Currently, Pastor Emmett volunteers weekly at our local prison, Bradshaw State Jail located in Henderson, TX, and ministers monthly in 5 Prisons. In 2016 Pastor Emmett Gagnard became Director over Prisons for the School of Christ International.